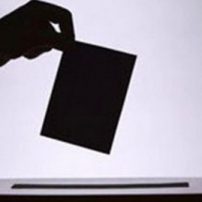 Prohibition of minority participation in national elections. Violation of the right to free elections and the right to non-discrimination

Minorities and the right to free elections. A legal representative of an institution representing the Italian minority in Romania claimed to have been discriminated against over the right to vote in the parliamentary elections of 09.12.2012.

The institution of which he was a member and on whose behalf the applicant wished to apply, had to have a charitable condition. Strasbourg found that the procedure by which the applicant could challenge the refusal of the executive to grant that status to the institution concerned did not confer real powers of scrutiny on the national courts and thus there were insufficient safeguards against it.

In view of this fact, the ECtHR found that the difference in treatment which the applicant had been subjected to compared to other national minority associations already represented in parliament was insufficiently justified in relation to the legitimate aim pursued (ie ensuring that these associations were appropriately representative and only encourage serious candidates).

Violation of Article 14 (prohibition of discrimination) of the ECHR in conjunction with Article 3 of the First Additional Protocol of the Convention (right to free elections).

The applicant, Gabriela Cegolea, is a Romanian and Italian national. She was born in 1948 and lives in
Cernica (Romania).

In 2012 the foundation Vox Mentis, of which Ms Cegolea is president, applied for charitable status.
This was a requirement under the Electoral Act (Law no. 35/2008) in order for Ms Cegolea to be
allowed to stand as a candidate in the parliamentary elections of 9 December 2012 on behalf of the
foundation as an organisation representing the Italian minority.

In May 2012 the Government’s Secretariat General registered the application and forwarded it to
the Department for Inter-ethnic Relations (“the DRI”) and to the Ministry of Culture and National
Heritage (“the Ministry”) for their opinion. The following month the DRI refused the foundation’s
application for charitable status. Ms Cegolea appealed against that decision, without success.
In July 2012 Law no. 145/2012 amending Government Order no. 26/2000 on associations and
foundations entered into force. The amendments related mainly to the provisions concerning the
granting of charitable status.

In October 2012 Ms Cegolea sought to register as a candidate for the foundation in the
parliamentary elections. Two days later the Central Electoral Bureau informed her that her
candidature had not been registered because the foundation did not have charitable status.
Ms Cegolea appealed against that decision to the County Court, alleging, among other things, that
she had been discriminated against and that the legislation was unconstitutional. The County Court
dismissed her appeal on the grounds that the foundation lacked charitable status. However, it allowed her request to apply to the Constitutional Court, which declared her plea of unconstitutionality inadmissible. A few days later the deadline for registering as a candidate in the parliamentary elections of 9 December 2012 expired.

In January 2013 Ms Cegolea was informed of the Ministry’s reply. The latter explained that when the
application had been submitted and examined the foundation had satisfied the statutory criteria for
the granting of charitable status. However, after the entry into force on 1 August 2012 of Law
no. 145/2012 amending Order no. 26/2000, new criteria had been established which the foundation
did not satisfy.

Article 14 (prohibition of discrimination) read in conjunction with Article 3 of Protocol No. 1
(right to free elections)

Ms Cegolea had been subjected to a difference in treatment in the exercise of her electoral rights
since, unlike organisations already represented in Parliament, the foundation of which she was a
member and on whose behalf she wished to stand had to obtain charitable status in order for her to
be a candidate. The aim of the difference in treatment had been to ensure that organisations were
properly representative and to encourage only serious candidates to stand. Ms Cegolea had not
been taken by surprise by a new condition being imposed and had thus been able to organise her
foundation’s activity in order to apply for charitable status ahead of the elections of 9 December
2012.

Nevertheless, the Court observed the following.

The criteria to be met in order to apply for charitable status had been amended less than five
months before the elections of 9 December 2012 and after the foundation had made its application.
Order no. 26/2000 had therefore had a direct impact on the national legislation.

Ms Cegolea’s application had been submitted to two separate authorities, namely the DRI and the
Ministry, and had been dealt with differently by the two authorities.

Order no. 26/2000 laid down time-limits of 60 and 90 days respectively within which the competent
administrative authority and the Ministry had to deal with applications for charitable status. The
Government had not made clear whether those time-limits were indicative or binding. However, this
was an important question since Ms Cegolea had to obtain that status before the deadline for
submission of her candidature. Furthermore, while the DRI had replied before the deadline, the
Ministry had done so after the elections had taken place.

The authorities to which Ms Cegolea’s application had been submitted had taken differing positions
on the criteria to be satisfied by the foundation. The DRI had justified its refusal on the grounds that
the foundation’s activities did not concern inter-ethnic relations and that Ms Cegolea did not satisfy
the statutory criteria. The Ministry took the view that the foundation had satisfied all the statutory
conditions when the application had been submitted and examined, but that it no longer did so
owing to the introduction of a new set of criteria under Law no. 145/2012.

The administrative authorities’ replies to Ms Cegolea had differed as to the interpretation of the
statutory provisions and the timeframe for their application. Furthermore, the legal status of those
replies was not clear from the domestic legislation and practice.

In a judgment of 3 October 2007 the Romanian High Court of Cassation and Justice had dismissed an
action brought by an association challenging the executive’s refusal to grant it charitable status
although it satisfied the statutory criteria. The High Court had found that the granting of such status
fell within the discretion of the executive even where the requesting association or foundation
fulfilled the statutory criteria. The Court considered that in an electoral context in which, in order to
stand for election, Ms Cegolea had to demonstrate that the foundation had obtained charitable
status, such discretion on the part of the executive was open to question. Moreover, the procedure
by which Ms Cegolea could have contested the executive’s refusal to grant the foundation such
status did not confer genuine powers of review on the domestic courts and had therefore not been
attended by sufficient safeguards against arbitrariness.

Consequently, in view of all these considerations, and in particular the lack of judicial scrutiny to
protect against arbitrariness, and while taking account of the wide discretion enjoyed by the State in
this regard, the Court held that the difference in treatment to which Ms Cegolea had been subjected
compared with national minority organisations already represented in Parliament had been
insufficiently justified in relation to the legitimate aim pursued. There had therefore been a violation
of Article 14 of the Convention read in conjunction with Article 3 of Protocol No. 1 to the
Convention.

The Court held that the finding of a violation constituted in itself sufficient just satisfaction for the
non-pecuniary damage sustained by Ms Cegolea.