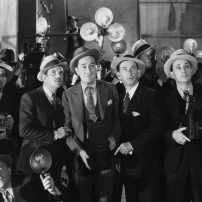 Activist journalist persecuted due to ‘fabricated’ accusations: The Court condemns many rights violations

The case concerned the applicant’s complaint that she had been arrested and detained without a
reasonable suspicion of an offence and her allegations that those acts were aimed at punishing her
for her work as a journalist who was critical of the Government.

The Court found in particular that one of the charges against her – that she had incited a former
colleague to commit suicide – was based on a false complaint made under coercion and that other
charges related to her work at a radio station were not backed up by facts.

It concluded that the authorities’ actions against Ms Ismayilova, a journalist who had published
articles critical of members of the Government and their families for alleged corruption and illegal
business activities, had been driven by the improper reasons of silencing her and punishing her for
her journalistic activity.

The applicant, Khadija Rovshan gizi Ismayilova, is an Azerbaijani national who was born in 1976 and
lives in Baku (Azerbaijan).

Ms Ismayilova worked for the Baku bureau of Azadliq Radio, the Azerbaijani service of the US-funded
radio station Radio Free Europe/Radio Liberty, as an employee, manager or freelancer.
Notably between 2010 and 2012 she wrote investigative articles which examined the alleged
involvement of President Aliyev’s family in illegal business activities. Intimate videos of her were
unlawfully recorded by a hidden camera and subsequently put on the Internet (events which were
the subject of Khadija Ismayilova v. Azerbaijan).

In 2013 and 2014 she and other civil society activists were criticised in State media, including an
article by the then head of the Presidential Administration in December 2014, which described the
applicant as someone who “demonstrates a hostile attitude towards well-known Azerbaijani public
figures and spreads insulting lies.

In December 2014 Ms Ismayilova was charged with the criminal offence of incitement to suicide
after a former colleague alleged that he had tried to kill himself because she had pressured and
humiliated him after he had ended a relationship with her. Sabail District Court remanded the
applicant in custody. The same court and the Baku Court of Appeal rejected her requests to be
released or for a non-custodial measure. The detention order was extended several times.

The former colleague who had made the original allegation subsequently stated on Facebook that he
would withdraw his complaint, adding later that the authorities had coerced him into making it.
In February 2015 the authorities brought further charges against Ms Ismayilova, accusing her of
high-level embezzlement, illegal entrepreneurship, large-scale tax evasion and aggravated abuse of
power, mainly concerning her activities when she was head of the Baku bureau of Azadliq Radio.
In September 2015 she was found guilty of the financial charges and sentenced to seven and a half
years’ imprisonment. The charge of incitement to suicide was dropped for lack of evidence. The
Supreme Court in May 2016 quashed her conviction for high-level embezzlement and aggravated
abuse of power, reducing her sentence to three years’ imprisonment suspended on probation and
releasing her from detention.

In December 2014, after her arrest, the Prosecutor General’s Office released a statement with the
title “Illegal acts of Khadija Ismayilova have been unmasked”, about her former colleague’s
allegations.

Referring to the general principles set out in similar cases brought against Azerbaijan, the Court held that it had to examine whether there were sufficient objective elements that could have lead an
objective observer to reasonably believe that Ms Ismayilova might have committed the alleged acts.

Charge of incitement to commit suicide

The charge of incitement to suicide had been the reason for the applicant’s initial detention and the
main question was whether the former colleague’s complaint could have formed the basis for a
reasonable suspicion, taking account of his later statement that he had been coerced into making it.
The Court noted that it had requested all the documents relating to the criminal proceedings but
that it had not received any that would show what investigative measures had been carried out after
the institution of criminal proceedings on the attempted suicide incident, in particular in the period
between late October and late November 2014.

For instance, it was not clear whether the police had questioned the former colleague about why he
had tried to kill himself. Even after his complaint it had not been demonstrated that the authorities
had taken any measures to confirm or dispel the suspicion against the applicant. Indeed, no
evidence was shown to exist which corroborated the alleged suspicion that the applicant had
subjected her former colleague to humiliation which had incited him to attempt to commit suicide.
Nor had there been any official inquiry or explanation by the prosecuting authorities after the
complainant had publicly stated that he had been subjected to pressure because of his intention to
withdraw his complaint. The Government had made no comment on that subject either.

Given the former colleague’s public statements and the Government’s silence in the face of such
serious allegations, the Court had to accept that he had been coerced into making a false claim
which had led to Ms Ismayilova being charged with the crime in question.

The Court thus concluded that this evidence could not have justified the “reasonableness” of the
suspicion. Furthermore, the domestic courts had completely ignored her arguments of a lack of
objective evidence.

Overall the Court found that there was nothing in the case file to satisfy an objective observer that
the applicant might have committed the offence of incitement to suicide and so her arrest and
pre-trial detention had not been based on a reasonable suspicion of her committing that crime.

Charges related to her work at the radio station

The charges related to her work at the radio station had striking similarities to those in Rasul Jafarov
v. Azerbaijan and Mammadli v. Azerbaijan, which had concerned non-governmental organisation
activists charged with exactly the same offences as the applicant, albeit linked to NGO work.

The charges were that she had continued the radio station’s broadcasting activities without the
required licence and had carried out journalistic activities without accreditation. According to
prosecutors that had amounted to commercial activities for which she had failed to pay profit tax.

However, the Court found that the prosecutors’ conclusions were not sustainable.
Firstly, it was not clear why the applicant, as an employee or a manager, should have been criminally
responsible for the radio station’s alleged failure to obtain a licence. Secondly, the authorities had
not referred to any provision which criminalised the acts she had been accused of. Indeed, a breach
of licensing rules in such circumstances was punishable by an administrative fine.

Furthermore, domestic law provided clear definitions of commercial and non-commercial activities
and it was difficult to see how the lack of a licence or accreditation could automatically make a
non-commercial organisation into a commercial one. Ms Ismayilova could not therefore have been
reasonably suspected of illegal entrepreneurship. The Court also found no evidence to back up the
suspicion of embezzlement and abuse of power.

The material in the case file did not meet the minimum standard for the reasonableness of a
suspicion required for arrest and continued detention. The applicant had therefore been deprived of
her liberty in violation of the Convention.

The Court examined the applicant’s complaints under Article 5 and Article 6 under Article 5 § 4.
Similarly to the cases of Ilgar Mammadov v. Azerbaijan and Rasul Jafarov v. Azerbaijan, the Court
found that the domestic courts had failed to verify the existence of a reasonable suspicion
underpinning Ms Ismayilova’s arrest and detention, despite her repeated complaints on that issue.
The Court thus found a violation of this provision of the Convention.

The Court found that the title of the statement by the Prosecutor General’s Office that “illegal acts
have been unmasked” and the remark therein had amounted to a clear declaration of Ms
Ismayilova’s guilt, whereas a careful distinction had to be drawn between saying someone was
suspected of a crime and stating, in the absence of a final conviction, that he or she was guilty.

While the word “suspicion” had been used by the Prosecutor General’s Office, it had not come until
the end of the statement, when readers would already have formed the view that the applicant was
guilty. There had thus been a violation of the applicant’s right to be presumed innocent.

Article 18 in conjunction with Article 5

Ms Ismayilova argued that her arrest and pre-trial detention had been intended to punish and
silence her as an investigative journalist and outspoken critic of the Government. She had published
several well-researched articles revealing Government involvement in corruption which had been
widely read and when she had refused to stop working despite threats she had been arrested.

The Government submitted that the restrictions had not been for any other purpose than those
allowed by Article 5.

The Court noted its finding that there had been no reasonable suspicion against the applicant. It had
then to examine whether there had been an ulterior purpose for the authorities’ actions.

It held that Ms Ismayilova’s case was part of a previously identified pattern of the arbitrary arrest
and detention of government critics, civil society activists and human rights defenders through
retaliatory prosecution and misuse of the criminal law, in breach of Article 18.

The Court found that Ms Ismayilova, a well-known journalist, had initially been arrested on the basis
of a false claim made under coercion. When it had become clear that that the authorities’ actions
were about to be exposed, they had charged her with other crimes. The arrest had been
accompanied by stigmatising official statements in a situation where other rights activists had beencharged with similar offences.

The totality of the circumstances indicated that the authorities’ actions had been driven by improper
reasons and showed that the actual goal had been to silence and punish her for her work as a
journalist.

The restrictions had been imposed for a purpose other than that set down by Article 5 § 1 (c) and
there had been a violation of Article 18.

While reiterating its findings in Khadija Ismayilova v. Azerbaijan where it had found a violation of
Article 10, the Court saw no need to carry out a separate examination of her complaint under that
provision in this case.

Just satisfaction (Article 41)
The Court held that Azerbaijan was to pay the applicant 20,000 euros (EUR) in respect of pecuniary
damage and non-pecuniary damage and EUR 5,000 in respect of costs and expenses.