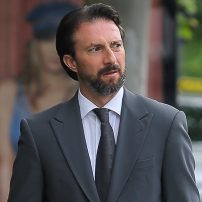 Faculty of Education, University of Primorska and European Faculty of Law, New University

On the 5th of June (2020) I have concluded my article titled “Constitutional Remarks on Understanding Freedom of Expression and the Concept of “Hate Speech” in Slovenia – and in Europe,” published on this respectful Blog with the question “Where to start?” I wrote “it seems that Europe needs – and wants – its own “hate speech” concept. So it needs to define it – precisely.” I claimed “if not else” the definition must be offered “at least by ECHR.” I pointed out the ECHR judgement in case Vejdeland vs. Sweden (2012), commenting it “offers a descriptive guidance which definitional path to follow, stating that “offensive” and “hostile tuned” remarks can be legally prohibited and criminally prosecuted if they can be recognized and evaluated as “very severe accusations based on strong and really unfounded prejudice.” I have also expressed my belief that this “is not even nearly enough,” and continued “even if ECHR starts regularly using the term “hate speech” in its judgements this wouldn’t be enough: Europe needs a well thought through and precisely enough defined doctrine of “hate speech” applicable to concrete cases of using concrete words in concrete circumstances and by concrete people with concrete public status and influence, based on concrete presuppositions, facts and social impact of certain words, aimed at certain groups of people or individuals.” My last sentence was: “Last but not least: of course I do not support hate speech – I most strongly argue against it.”

Therefore, I opted for a public comment on the legal (constitutional) effect of this judgment. ECtHR has changed its case-law on freedom of expression over the last five years. It started gradually with the introduction of the term “hate speech.” Now I am ready to say (even though I might be criticized for doing so, but I do it in a good faith) ECtHR thoughtfully and unambiguously introduced this controversial term into the common European supranational law on fundamental human rights and freedoms. This complemented the current substantive interpretation of Article 10 of the ECHR, which guarantees the fundamental human right to freedom of expression. In other words, it restricted it, cut off its the sharp outer edges and “shrunk” it in that sense. Persuasively? I still have reservations about such an assessment. Legitimate, justified and factually justified, in terms of compelling social reasons? I will not oppose such an assessment.

The use of the term “hate speech” thus has a direct legal basis in the ECHR case-law. In its law-making doctrine. A new one.

In the following I will propose one of the possible alternatives for a comprehensive “European” and consequently Slovenian definition of the term “hate speech.” It will be based on the following judgments of the ECtHR:

Article 297 of the Criminal Code defines the criminal offense of “public incitement to hatred, discord or intolerance:”

(1) Whoever publicly incites or advocates hatred, violence or intolerance based on ethnic, racial, religious or ethnic origin, sex, skin color, origin, financial status, education, social status, political or other beliefs, disability, sexual orientation or any other personal circumstance, and the act is committed in a manner which may endanger or disturb public order and peace, or by the use of threats, insults or insults, shall be punishable by imprisonment for up to two years.

(2) The same punishment shall be imposed on anyone who, in the manner referred to in the preceding paragraph, publicly spreads ideas about the superiority of one race over another or gives any assistance in racist activity or denies, diminishes, approves, justifies, ridicules or defends genocide, holocaust, crimes against humanity, war crimes, aggression or other crimes against humanity as defined in the legal order of the Republic of Slovenia.

(3) If the act referred to in the preceding paragraphs is committed by publication in the media or on websites, the penalty referred to in the first or second paragraph of this Article shall also be imposed on the editor-in-chief or the person replacing him, unless it was broadcasted live, which he could not prevent or for publication on websites that allow users to publish content in real time or without prior supervision.

(4) If the act referred to in the first or second paragraph of this Article is committed by coercion, ill-treatment, endangering security, humiliation of ethnic, national or religious symbols, damage to foreign objects, desecration of monuments, memorials or graves, the perpetrator shall be punished by imprisonment up to three years.

(5) If an official person commits the acts referred to in the first or second paragraph of this Article by abusing his/her official position or rights, he/she shall be punished by imprisonment for a term not exceeding five years.

(6) Means and objects with the messages referred to in the first and second paragraphs of this Article, as well as devices intended for their production, reproduction and distribution, shall be seized or their use shall be appropriately prevented.

On the basis of the above-mentioned judgments of the ECtHR, the new, substantially amended Article 297 of the Criminal Code of the Republic of Slovenia could be explicitly addressed as “hate speech” and substantially changed as follows:

(1) Those who incite or promote ethnic, racial or religious hatred, discord or intolerance, or spread ideas of the superiority of one race over another, or refuse or deny any assistance in racist activities, or approving or advocating genocide or other historically established mass violations of human rights, or provoking or inciting hatred or intolerance based on sex, sexual orientation or other personal characteristics determining a person’s personal identity, or on national, ethnic or cultural origin, shall be punishable by imprisonment for up to two years.

(2) If the act referred to in the preceding paragraph is committed by means of coercion, mistreatment, endangering security, humiliation of national, ethnic or religious symbols, damage to foreign objects, desecration of monuments, memorials or graves, the offender shall be punished with imprisonment for up to five years.

(3) Material and objects bearing the messages referred to in paragraph 1, as well as accessories intended for their production, reproduction and distribution, shall be taken away or their use shall be prevented in an appropriate manner.

(5) If the act referred to in the preceding paragraphs is committed by publication in the media or on websites, the penalty referred to in the first or second paragraph of this Article shall also be imposed on the editor-in-chief or the person replacing him, unless it was broadcasted live, which he could not prevent or for publication on websites that allow users to publish content in real time or without prior supervision.

In my understanding of the above-mentioned judgments of the ECtHR, Article 297 of the Criminal Code, which could be literally entitled as ‘hate speech’ and would have such a content, would have to pass the possible constitutional review. And if it had not passed it, it would have had to answer to the ECtHR if the complaint would be addressed to this Court, by invoking excessive interference with freedom of expression. And, according to the previous ECtHR judgments, it should have passed as a legitimate and non-excessive interference with the right to freedom of expression.

Can this be a new and common European definition of “hate speech?” If we take the substance of the proposed alternative for substantial changes of the Article in question, if we exclude the allowances that determine the amount of the prescribed penalty and formulate the statutory article into a text that defines what is considered to be “hate speech”? I invite European experts on freedom of expression to evaluate and comment on my conclusions in this short article.