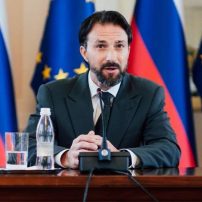 Faculty of Education, University of Primorska and European Faculty of Law, New University

In the following, I will try to explain which model of constitutional democracy is established in the Republic of Slovenia, as a member of the EU and the Council of Europe. This model can be attributed to all countries that are members of both international organizations and in which, according to the constitution, “power” belongs to “the people.” I will also explain the importance of the ECHR and the ECtHR case-law in this regard.

The foundations set down in the Constitution

Slovenia is the EU member State. Slovenian Constitution starts with the Preamble emphasizing “the fundamental and permanent right of the Slovene nation to self-determination” and commitment to protect “fundamental human rights and freedoms” as the constitutional cornerstone for creating the Republic of Slovenia. Similar or the same constitutional foundations can be found in other EU member States which became independent in the last two decades.

Article 3 of the Slovenian Constitution reads as follows: “Slovenia is a state of all its citizens and is founded on the permanent and inalienable right of the Slovene nation to self-determination. / In Slovenia power is vested in the people. Citizens exercise this power directly and through elections, consistent with the principle of the separation of legislative, executive, and judicial powers.” In this regard most of the Constitutions of the EU member States are similar.

Article 5 explicitly determines the constitutional commitment of Slovenia to protect human rights and freedoms – for all people under its jurisdiction: “In its own territory, the state shall protect human rights and fundamental freedoms.” This article, in logical and normative connection with other constitutional provisions, should be considered as the foundation for Slovenia’s own positive obligations regarding the protection of human rights and freedoms. Even though such provision wouldn’t be explicitly incorporated into the Constitution the subordination of the State to the ECtHR case-law, due to the implementation of the ECHR into national constitutional order and membership in the Council of Europe would have same legal effect. And all the EU member State have constitutionally accepted the same international status.

Different concepts are not synonyms

When and since I was a law student at the Faculty of Law in Ljubljana professors of constitutional law have been using above mentioned concepts as synonyms. We were thought that “power vested in the people” means “the sovereignty of the people.” All the text-books on constitutional law were written in that way – and still are. Even Constitutional Court (!) was making the same mistake – and still is.

I have been trying to explain this since 2009. But it seems like nobody really cares, or listens, or reads for that matter. Last year (2019) the new Commentary of the Slovenian Constitution was published. I have been most kindly invited to be among its authors so I managed to include the sentence describing the model of Slovenian Constitutional Democracy as being “the foundational” one into the Commentary. The editor didn’t complain.

I will emphasise and clarify two important aspects of sovereignty. The first is represented by a theoretical presumption that political authority is founded on the sovereign decision and political self-determination of the Nation. The Nation has the unalienable right to the political self-determination and political self-being. The concept of Nation is also broader than the concept of the People. The latter should be understood as a politically organized community of individuals, subordinated to and legally connected with the State; with the citizenship and through the right to vote. The concept of Slovenian Nation mainly represents history and tradition, common rules, principles and values, basic aspirations and expectations shared by generations of a definable community as the People, wanting to live in a politically organized community and claiming the right to political self-determination and self-being. This Nation established the State. The same goes for other EU member States.

Second aspect concerns the People of Slovenia. The People of Slovenia are connected with sovereignty only as a part of the Nation and as an electoral body (as voters), when it comes to the elections. The will of the People, expressed through an ordinary referendum is not a sovereign will, or the will of the Sovereign. The referendum does not represent the exercise of sovereignty. It only means ad hoc and transferred political power of the People to decide upon the concrete legal question, offered for referendum-voting, instead of being decided in the Parliament.

Please note: I prefer the word “power” over “authority,” since political science literature teaches that power is connected to institutions and authority to people as individuals; here the concept of the People is a matter of institution.

Popular sovereignty, sovereignty of the People, drains out with elections. Or by deciding through a plebiscite on matters of political self-determination, such as the EU and NATO membership.

There is another, third (but not the last!) aspect concerning the problem (not merely the question!) of sovereignty. It is represented by a clear fact that the State and its political authority are in fact and most obvious not sovereign. The State (or the Government, as its authoritative representative, including all of the three branches of State’s power) is only more or less autonomous or superior over its territory and citizens, but not in fact and genuinely sovereign. In empirical, political and legal sense, the political authority of the State is subordinated to international and supranational organizations, global political process and international law. Especially – and directly – to the law of the EU (the s.c. inverse sovereignty, a part of national sovereignty is transferred to the EU and exercised by its legal decisions which are binding for the member States), ECHR and ECtHR case-law.

Sovereignty in the function of Humanity

There is no sign of the sovereignty of the People in our constitutional system. Still, the sovereignty is not a hollow concept. Not at all. The sovereignty – as a political and legal quality – is strongly attached – only – to the fundamental human rights and freedoms and to the fundamental principles of democracy, rule of law and Social State. And in the function of political and legal (systemic, institutionalized, normative) protection of the dignity of every individual as-a-person and Humanity

A question “why” professors taught law students wrong on such an important topic and “why” they remain to do so, and don’t want to discuss these issues, hasn’t been answered. Is this the answer?

Putting the ethics of legal community to the side and kindly avoiding more critical comments regarding the domestic legal culture, let me conclude this short constitutional analysis with the final remark: since all the EU member States are also the Council of Europe member States, all of them are subordinated to the ECtHR case-law and legally obliged to respect and implement the judgments of that Court: as binding erga omnes. (Except in cases where the ECtHR recognizes the s.c. “margin of appreciation” in relation to a particular Convention right or its particular segment.) For this reason and this reason alone one could hardly argue all of the EU member States, who are also members of the Council of Europe, can’t be reasonably and logically considered to be foundational constitutional democracies.  The minimum standards for the protection of human rights established by the ECHR and explained in more detail by EctHR case-law are also the minimum standards of genuine democracy and the rule of law; in the function of Humanity.

We have the pleasure of posting an article with an excellent content in our blog. The author, Professor Andraž Teršek, has quite a penetrating way of analyzing national and European constitutional issues, combining his scientific analysis and knowledge with the European Convention of Human Rights in depth. His scientific contribution to the promotion of individual and constitutional fundamental rights is very honorable for the contemporary European legal culture as well for Slovenia.